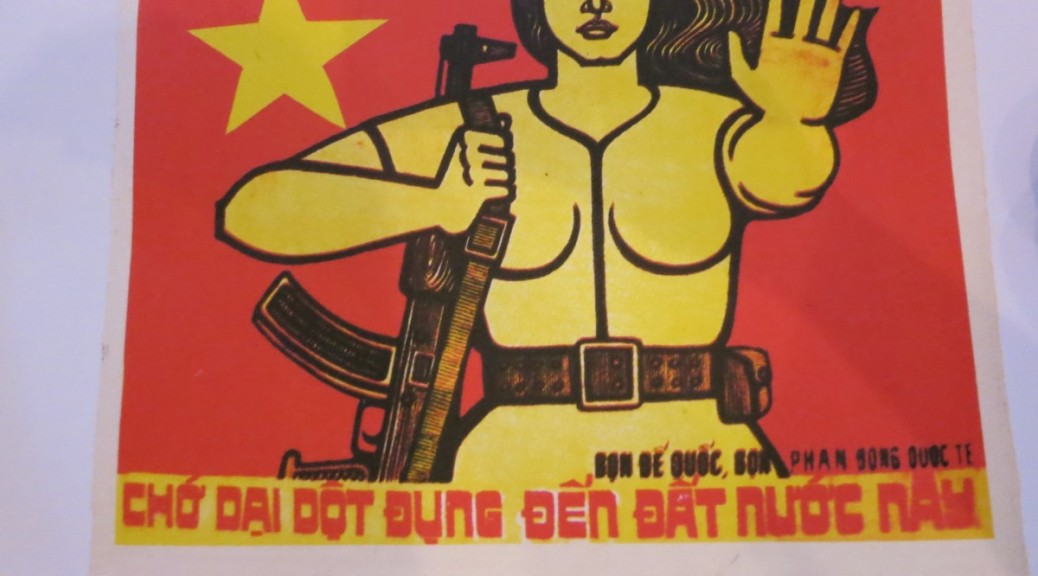 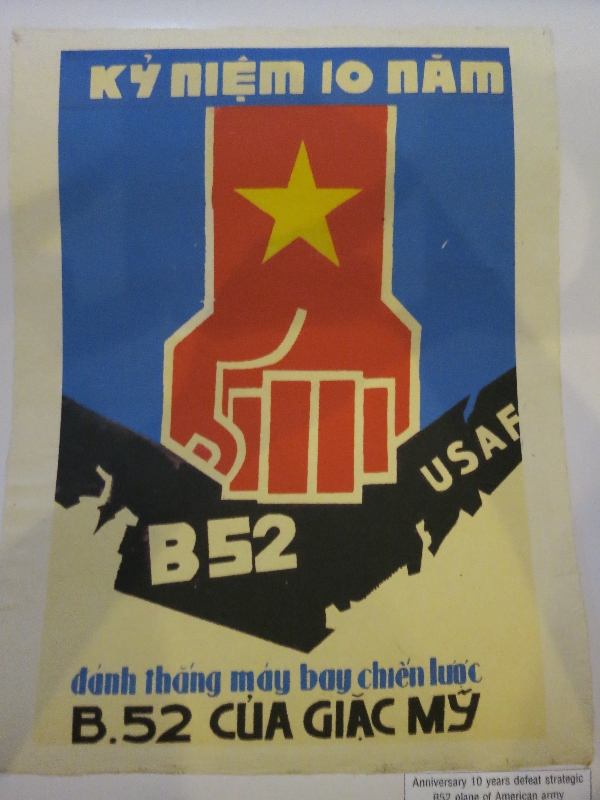 Above and below are some Vietnamese resistance posters I found in a small shop in Hanoi with a sign that read “Old Propaganda Posters”. I struggled to find the right word for them, and I think ‘resistance’ art is a good one.  Perhaps they are a kind of agitprop too.

Agitprop, or agitation-propaganda, is a term referencing a form of politicized art, originally associated with the Communist Party of the Soviet State, but later applied in many different ways, from the plays of Bertolt Brecht to 80s English punk.

As you may have noticed, the name of this site is agitdrop, an obvious play on the term agitprop. So is my nick: agitkid 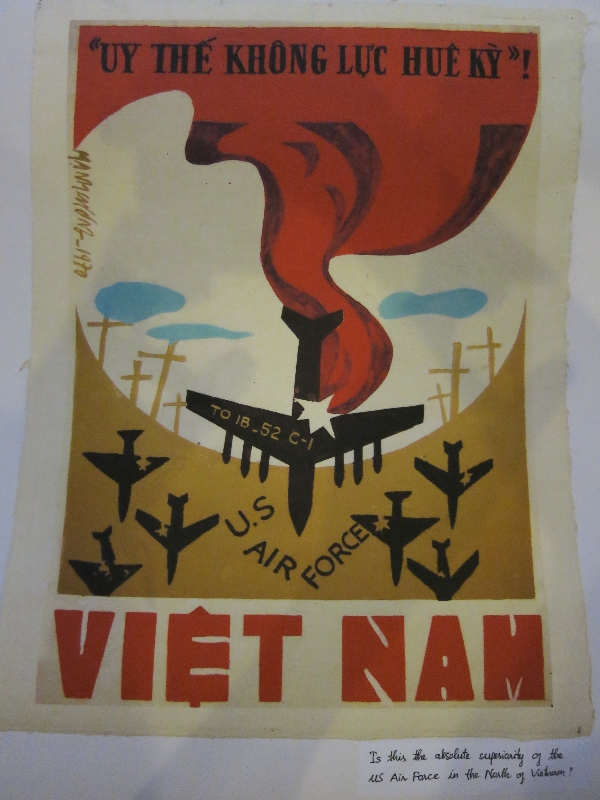 Translation at bottom reads: “Is this the absolute superiority of the US Air Force in the North of Vietnam?”

In the west, it’s a negative term, mostly affiliated with totalitarian officialdom, a kind of Ministry of Truth. And there is certainly some legitimacy to that critique.

But, I think it goes without saying, understanding any political art requires understanding the context. Spanish Civil War artwork produced by the CNT-FAI is just not the same as something produced from officialdom.

Paris 1968 graphics came from students and workers in the middle of a struggle not associated with the CP. Anti-war artwork of the 60s and 70s, and punk from the 80s was all based on a kind of DIY ethic. If something was popular, it was popular because it was good. 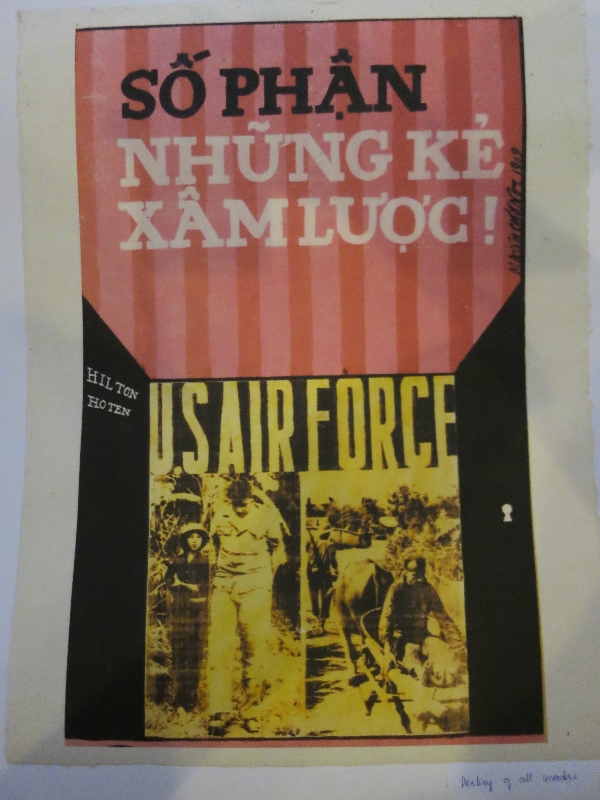 Translation at bottom reads: “Destiny of all invaders”

While it is easy to see the obtuseness of any central committee type propaganda and criticize it, and I am not suggesting that these posters represent that, but what is arguably much more insidious is the kind of propaganda found in the US known as Public Relations. PR is far more powerful and effective when the target population has no idea they are being indoctrinated. Indeed, it is especially effective when they insist they are free thinkers.

Perhaps in a heated bar conversation, you can imagine a response to this type of argument: “I ain’t endoctrinated fucker, Nobudy is tellen me what to think!” But it’s what they don’t tell you that matters the most. What makes PR so effective is repetition and the ability to overwhelm the senses, drowning out focused study and reflection. As an old friend once said to me about TV, “it’s probably the most dangerous invention since the atomic bomb. No, worse. There’s no deterrence”. 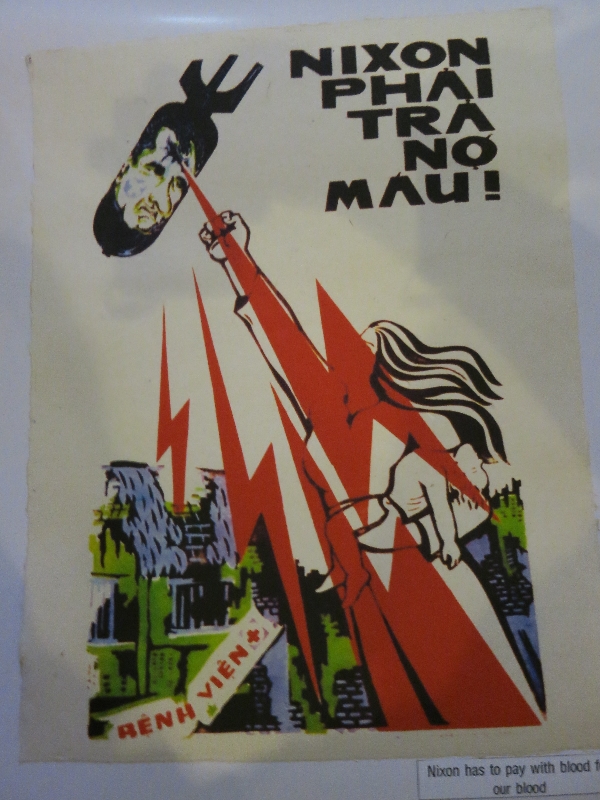 Translation at bottom reads: “Nixon has to pay with blood for our blood”.

Quoting Chomsky again, from a 1991 Z Magazine article entitled Force and Opinion, and because he has written extensively on this subject:

Hume was an astute observer, and his paradox of government is much to the point. His insight explains why elites are so dedicated to indoctrination and thought control, a major and largely neglected theme of modern history. “The public must be put in its place,” Walter Lippmann wrote, so that we may “live free of the trampling and the roar of a bewildered herd,” whose “function” is to be “interested spectators of action,” not participants. And if the state lacks the force to coerce and the voice of the people can be heard, it is necessary to ensure that that voice says the right thing, as respected intellectuals have been advising for many years.

It’s why the liberal class in the United States are so spineless when it comes to challenging those in power as they torture, murder US citizens and countless civilians without charge or due-process (i.e. Darth Barrack’s drone strikes), spy on the world illegally, bomb countries unilaterally, etc and ad infinitum: they would lose respect. 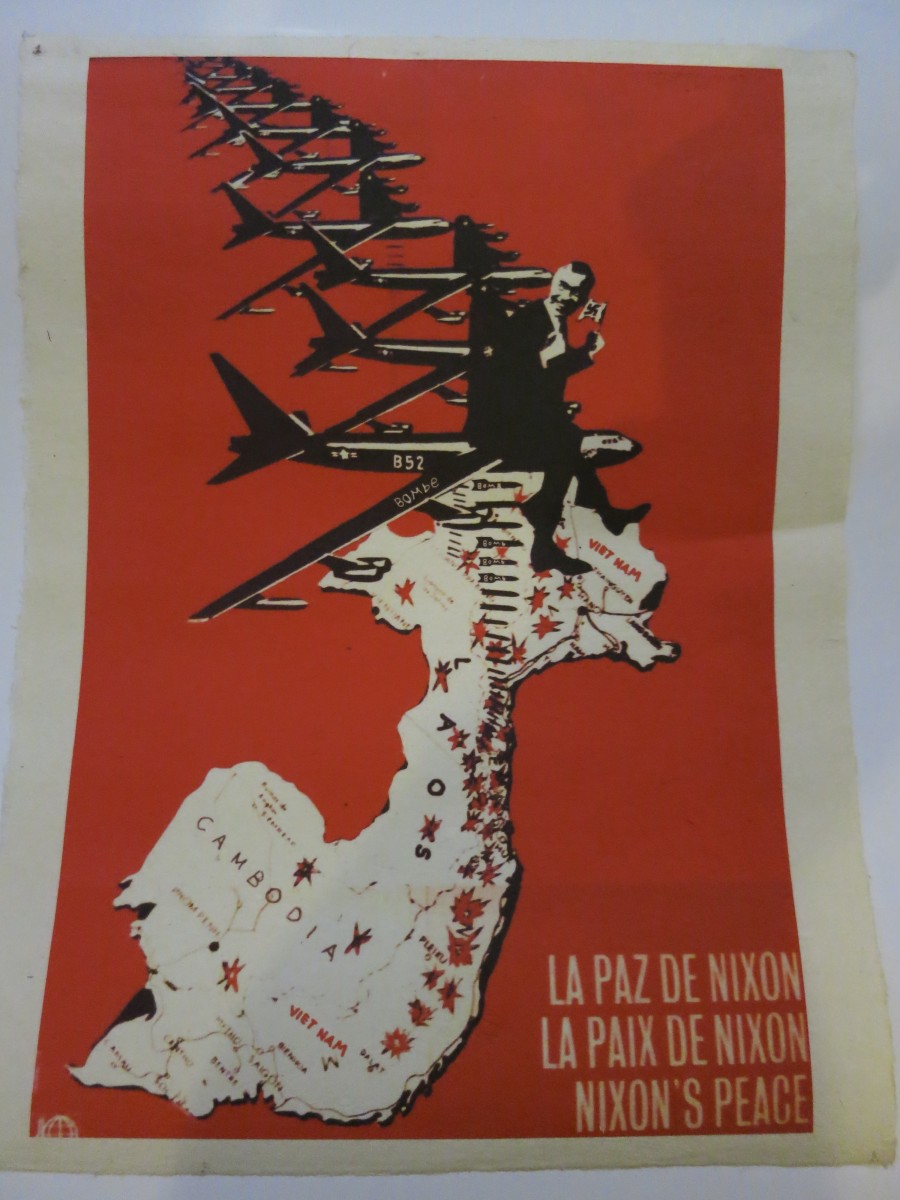 In the case of the images in this post, they were made in the middle of a war, where an invading army was bombing civilian targets. The messages in them seem not only obvious, but legitimate. I think they speak for themselves. 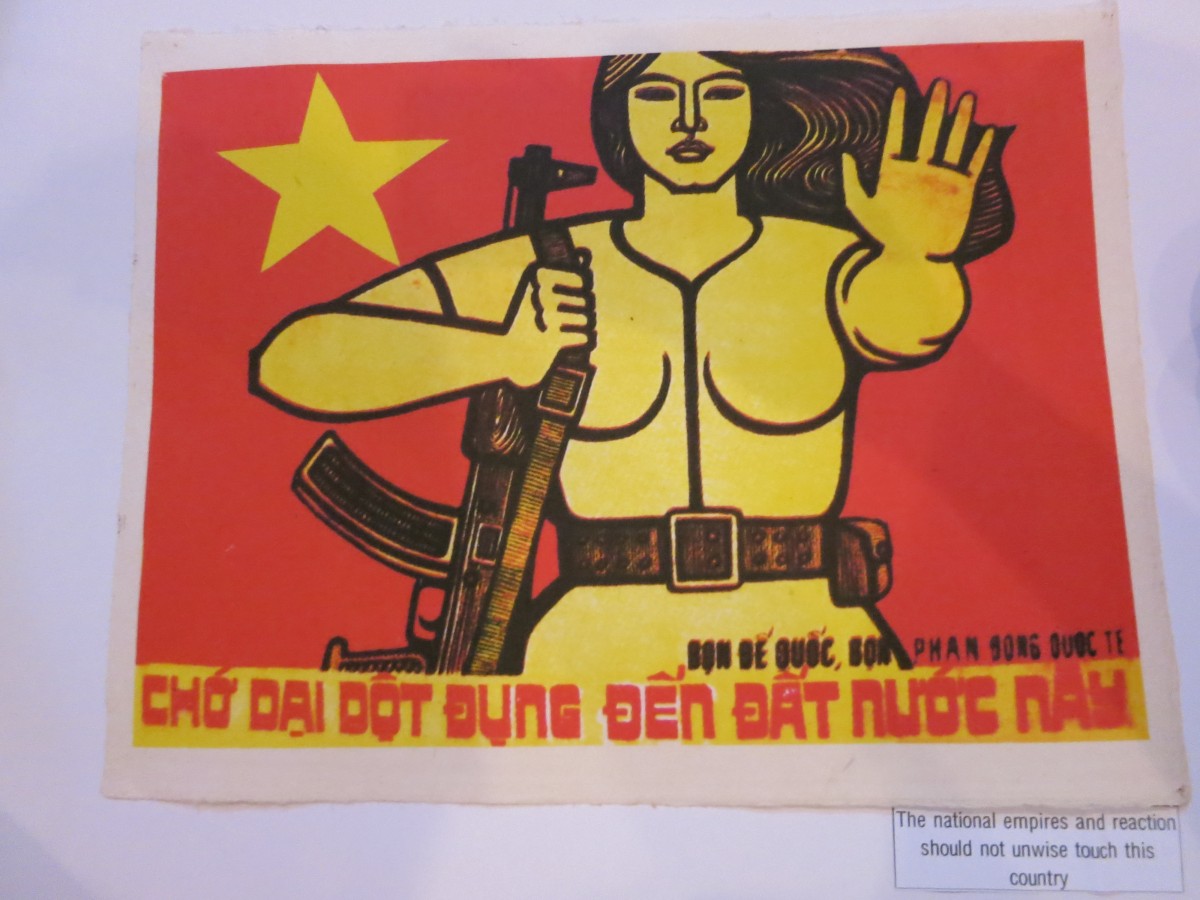 Translation at bottom reads: “The national empires and reaction should not unwise touch this country”.